Enneagram Typing: My Next Stop

Naturally I could not limit myself to the MBTI, Socionics, and Neuro-PQ! Next on my list of typology subjects to explore in greater depth was my enneagram typing.

Over a few months’ time I took a number of online assessments of my type. There was never a problem identifying my main enneagram type. Without a doubt I am a One. I was almost positive that I was a 1w2. Figuring out the tritype and instinctual variant was a bit more problematic. I wavered between 2w1 and 4w5 for my heart center; and was all over the map on the third element, the head center. In no particular temporal order, tests I took yielded the following results (with correct typing highlighted): 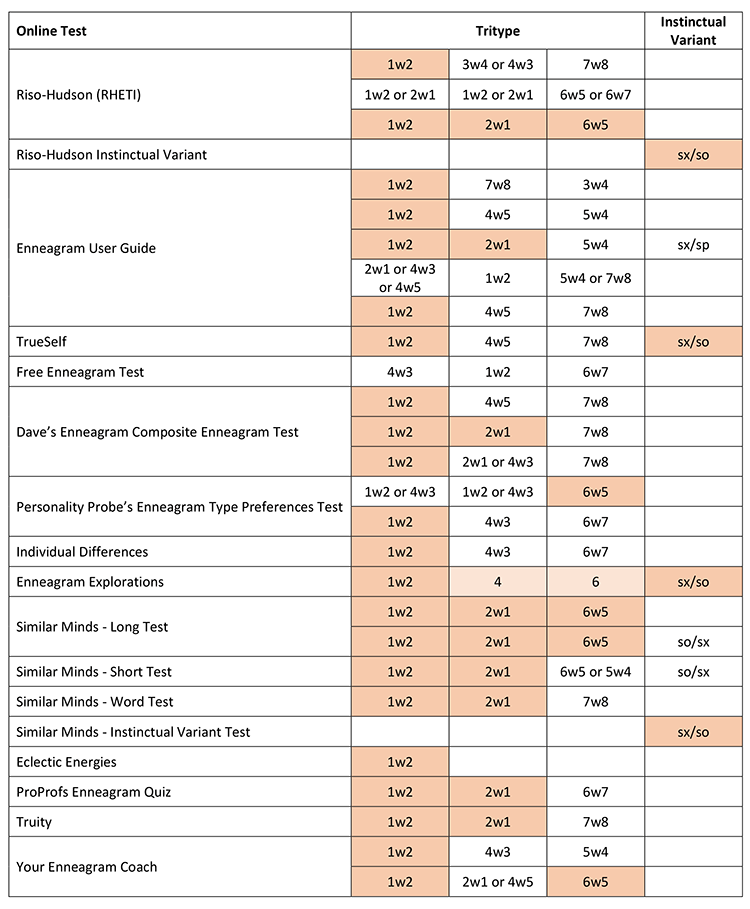 As can clearly be seen, trying to type oneself with online tests produces results which are neither accurate nor consistent. What to do? I discovered that there are people who do enneagram typing via personal interview. 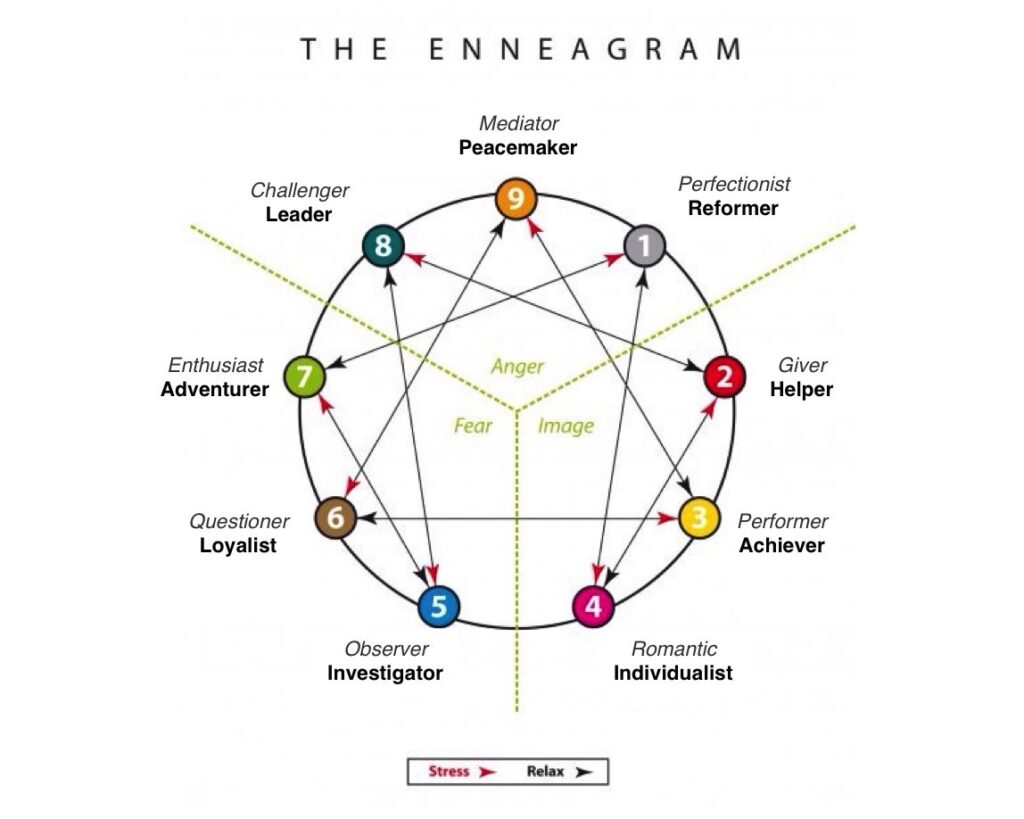 It just so happened that I was already familiar (on Twitter and Facebook) with someone who does enneagram typing. Indeed, I had watched on YouTube as Kat Passionate typed Jack Oliver Aaron of the World Socionics Society. What did I have to lose? My head center preference (5, 6, or 7) was testing all over the place, aside from being consistently among my lowest scores. So, I arranged with Kat for an interview at True Generations.

Early in April 2020 we did the interview through a Facebook Messenger audio call. I really enjoyed speaking with Kat, who is warm and enthusiastic. As an interesting side note, she suffers from fibromyalgia–as I do–and we were able to share some thoughts on that as well as my enneagram tritype. After a lengthy discussion of my attitudes and behavior, we reached a viable conclusion as to my enneagram type: 1w2 2w1 6w5 sx/so.

As a follow-up to the interview, Kat shared a number of resources that helped me understand my type, tritype, and instinctual variant better. I am very glad to have settled on a typing that I feel is accurate for me.

Scary for my state!

Take the time to read this.
I actually gasped when I got to page 19.
We must demand a vote audit.
https://www.scribd.com/document/486098384/Michigan-Vote-Analysis#from_embed

1) I’ve finished reviewing the Georgia filing and I have a few comments to share with the socialverse in my capacity as a 30-year registered Democrat, former Oregon state elections official (with policy and admin experience), and former CIO.

Trump should ‘continue legal fight’ because there is ‘industrial scale f... https://youtu.be/4Byp3Qu4IOQ via @YouTube

The point of Twitter suspending my Doug Mastriano personal account is to prevent me from posting to my Senate account to silence our voice.
PLEASE if you see this RETWEET this and FOLLOW me. Thanks for the help
#trump #MAGA
#Parler #AmericaFirst