Last night I tried something new with cousin MJ and sister Melissa: a class at The Community House in Birmingham entitled “Paint Your Pet.” After arriving we each got a canvas with a light pencil sketch of our chosen pet (based on photos we had sent in ahead of time). Our teacher gave us instructions for painting, first the background and then the details. She went from person to person to suggest appropriate techniques for the animal each was attempting to capture on canvas. We really enjoyed ourselves, even though we were not 100% satisfied with the quality of our labors. 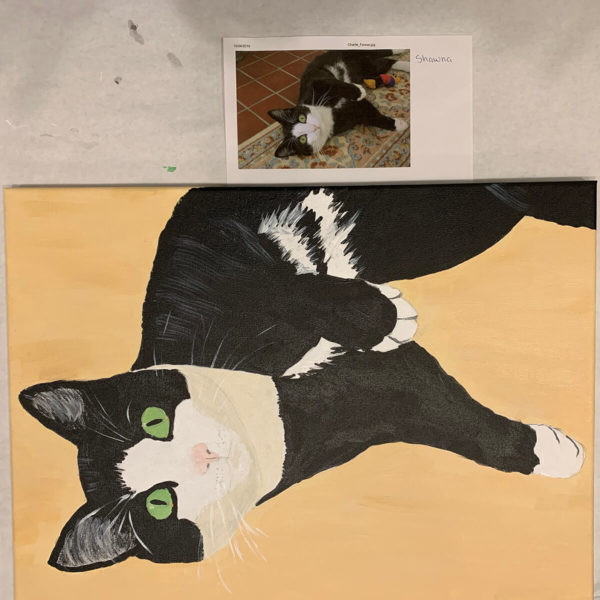 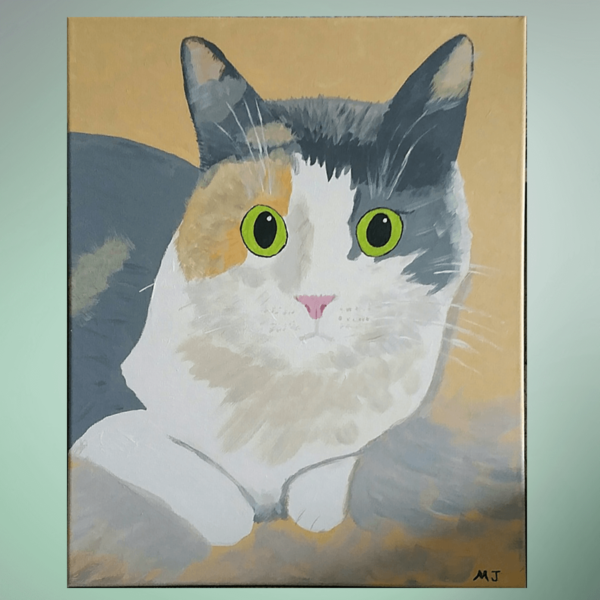 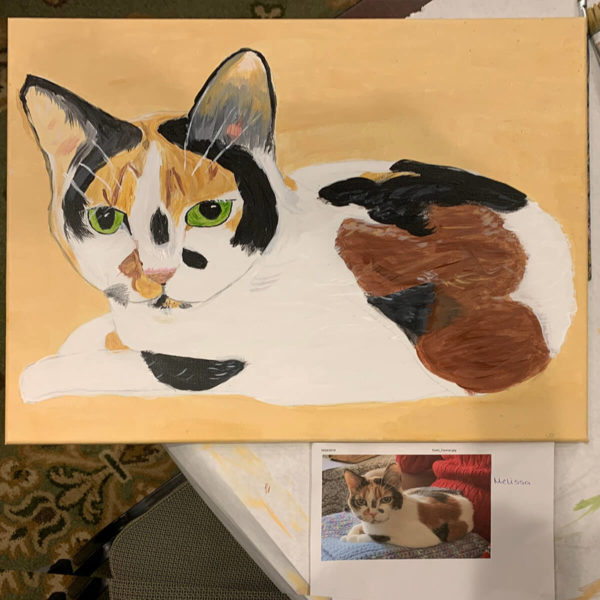 Spock is no longer in the galaxy. I was saddened to read today on multiple websites about the death of Leonard Nimoy this morning at the age of 83. Mr. Nimoy played Spock on the original Star Trek series and in a number of movies made after the series ended. I found the logic Spock always brought to every situation and dilemma endlessly fascinating. Whether Mr. Nimoy was as logical in real life I have no idea. I also learned that he had an affinity for cats, both on and off the show.

The following image, which was posted by Poop Master Flash (@CatOnToilet) and appeared on the Twitter feed of @PawscarAwesome, seemed most logical under the circumstances. Farewell, Spock! And to the rest of us . . .

How nice to get a Valentine

From someone wishing to be mine!

The sentiments are good and fine,

But all too often just a line.