It seems that I can’t stop reevaluating and reassessing my CPT type. After rereading several of the type descriptions in the CPT eBook that I had considered for myself before being typed by Harry Murrell, I returned to one in particular. This was the IFS-Nt, otherwise known as the INFP. I employed the same process for grouping this type’s characteristics and potentials as I did with the ENT-Fs.

First, I should note that both the ENT-Fs and IFS-Nt have the same extraverted and introverted elements: Ne-Te and Fi-Si. In my opinion, these pairings do seem to fit me. But there is a major difference between these types. For the ENT-Fs, the extraverted pair is convergent and the introverted pair is divergent. The reverse is true for the IFS-Nt.

So it seems I have a bit of a dilemma. Harry was pretty confident that I am ENT-Fs; his second choice was ISF-Tn (not IFS-Nt). However, as I examine the breakdown of characteristics in each category for each type, I believe that more of the characteristics of the IFS-Nt seem to “fit” me.

In conclusion, I find that I am unable to reach a conclusion. I can say only that I have narrowed down the possibilities to two. I need to answer two important questions:

Read All About It 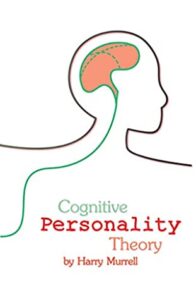 As I continued to explore the field of typology, I discovered Cognitive Personality Theory. CPT is an approach to Jungian psychology developed by Harry Murrell, and it differs from both MBTI and Socionics.

First, I watched a number of the videos on Harry’s YouTube channel to familiarize myself with the basic concepts of CPT. Next I purchased and read his eBook. Some aspects of the theory made a lot of sense to me. For example, Harry postulates that the auxiliary to the dominant function has the same orientation—extraverted or introverted—as the dominant. On the other hand, CPT defines ‘extraversion’ and ‘introversion’ differently than MBTI-related typologies, which created some confusion.

Finally, I tried to determine my CPT type. Because CPT is so different from other Jungian typologies, I was struggling to discover where I fit. So what was the solution? Set up an interview with Harry Murrell himself and see what he says.

Harry interviewed me on June 28. After that, I left the following recommendation on his website:

Talking with Harry is like talking with a really good friend…except the conversation is all about you! I am not usually very comfortable talking to a complete stranger about my inner workings, but Harry made the experience easy. Two hours sped by, and I eagerly awaited the results, which came—exactly as promised—ten days later. The analysis I received was thorough and enlightening, and started me on a process of self-examination…which is ongoing. Getting typed by Harry is well worth the cost! If you are wondering about your type, I highly recommend Harry’s type service.

Your Intuition seems both convergent and extraverted in nature, as you seek to encapsulate a broad range of Te responsibilities and simultaneously innovate upon them. Your forward-moving perspective is in keeping with an Intuitive-dominant and the auxiliary to your dominant seems highly objective and rationalistic (Te).

As we explored in our call, it is not unusual for us to identity with the opposite orientation of our cognitive stack as we grow and develop (INFJ in this instance), but any interactions with that particular cognition seem to stem from an Ne centre.

I would say you have a fair amount of axial fluidity between dominant and oppositional functions, and as such there was some difficulty determining whether you were an introspective ENT-Fs or energetic ISF-Tn – on the whole, however, your primary dialogue does seem to be one of abstract interaction with external reality.

Although somewhat surprised by this analysis, I remembered that I tested as ENFP when I initially took the MBTI decades ago. In addition, I do identify now with the INFJ, as Harry noted. The MBTI Level II that I took last year typed me as an “Emergent INFJ.”

Also, it is interesting that these components of my CPT type are the same as my valued IMEs in Socionics:

However, they are arranged differently for the EII (my Socionics type):

For the ENT-Fs in CPT, the Fi divergent auxiliary “performs a much more authoritative role within the stack—the Ne-Te act often at the behest of the Fi….” The characteristics of the leading function in Socionics suggest that it, too, could be described as “authoritative” for me in that system.

In conclusion, I have carefully considered the description of the ENT-Fs (ENFP) that Harry provided with my results. Grouping the characteristics (and potentials) of the type into four categories yields these findings: 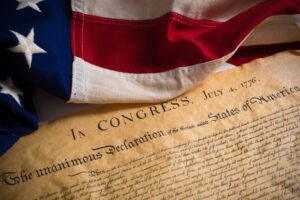 Today I discovered again that a theme originating in our nation’s history can resonate deeply in me and move me to tears. My pastor, Craig Hurley, preached a great Independence Day message, reminding us that our Founding Fathers recognized not only the importance of prayer but also the source of our “unalienable rights”: our Creator. In addition, Pastor noted that the Founders read specific Bible passages and offered heartfelt prayers in the Continental Congresses. On the other hand, he warned us that nothing will stop the downward trajectory of the United States and its people without true revival.

Scripture–specifically 2 Chronicles 7:14–provides the formula for revival. There God responded to one of Solomon’s prayers by giving three conditional promises to Israel. If Israel met four requirements, God would fulfill the promises. Although God intended them for Solomon and Israel, there is application for us as Christians today. For example, we can learn about what God expects from His people. Further, striving to meet those expectations can give us assurance that He will answer our prayers.

What Is the Formula for Revival?

There are four steps:

If we do these things, God does not have to provide revival. He does, however, promise that He will hear from heaven and forgive our sin. Moreover, we can pray that He will work to heal our land spiritually.

Pastor Hurley concludes his Independence Day message with these thoughts:

The answer to America’s problem…is found in the forgiveness and the work of Jesus Christ in each individual heart. You can’t change the heart of man by changing his environment. Man’s heart has to be changed from the inside, and it begins with God’s forgiveness of sin.

God doesn’t revive lost people; He regenerates them. God revives His own. Do you want to see God rescue America? I do! That will only come when there is a revival among God’s people. 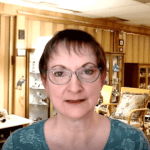 We were so much better off with Trump

Trump won the election in a landslide

Has anyone ever explained why the vote totals flipped on live TV on Election Day?

We want you back!

Trump won the election by a landslide